Binero is a Swedish provider of digital infrastructure services for the public sector, larger companies and digital growth companies. The company puts a strong emphasis on sustainability, operating the world’s most climate-smart datacenter near Stockholm.

In 2020, this facility was the first in the world to receive the international environmental label ‘Fossil Free Data Center’. With Icinga they upgraded their monitoring user experience both for their internal teams and their clients.

Binero Group AB provides businesses and organizations with a robust and scalable cloud infrastructure, with a focus on sustainability and data integrity. Their public cloud service Binero.Cloud is based on globally established open standards and guarantees data protection according to European law. The share is listed on the NASDAQ First North Growth Market.

Mission of Binero AB is to help realise their customers’ journey to the cloud through modern, efficient, secure, sustainable and compliant cloud services hosted in their own datacenters in Sweden. The company puts an exceptional value on security and sustainability and focuses on open-source based technology performance. All delivered by helpful people with a passion for technology.

Binero delivers infrastructure and platform as a service (IaaS and PaaS) together with an associated service portfolio. Their scalable cloud infrastructure is completely based on the OpenStack platform, giving their clients full freedom and flexibility.

The Icinga interface is quick, sleek, easy to work with (…) and miles beyond any other open source offering.

Binero’s monitoring team transitioned from Nagios to Icinga in 2016. According to CTO Emil Waldersten, their main goal was to improve user experience as they intended to give customers access to an easy and professional looking platform. They also wanted the platform to be entirely provisioned by their CMDB to make it easier for their staff to deliver a new customer (which had been cumbersome before). Aside from that, they were looking for basically the same features that Nagios had always given them.

As all platforms of Binero’s customers are different there isn’t really any standardised monitoring need or scenario they follow. The main requirements were versatility and ability to automate via API. Besides, Binero wanted to be able to easily provision and maintain several monitoring platforms.

Binero’s intention was to roll out a system that enabled their on-call staff to receive information on all kinds of errors in a customer specific platform but also to have their standardized set of checks as well as their performance data saved.

For the monitoring team around Emil Waldersten Icinga could provide all this.  On top of it, they really liked the Icinga API for automation as well as its speed, enabling them to get real time data in their CMDB on the customer card view.

The migration to Icinga was a painless process for a team which had Nagios experience. After installing Icinga manually they did all optimization, then added it to Puppet and their CI/CD pipeline and now it’s automatically maintained.

In the current set-up, Binero is monitoring thousands of hosts and services within their own infrastructure as well as their customers’ various systems.  They use several Icinga Masters which are individually set up with various intended functions. To some they use the Icinga Agent and some just use NRPE.

Binero’s monitoring team uses an integration with Puppet to provision the systems and a self-written API handler for provisioning the hosts/services from information in their CMDB.

As CTO Emil Waldersten explains, Binero sees a tremendous benefit in the enhanced usability due to a better interface both for their customers and for themselves. Aside from that, “the Icinga client has been a huge help with customers’ closed systems that a central NRPE based installation can’t reach and the API is really great for automation.”

Moving to Icinga increased the overall quality of our service offering by giving us a better insight into our systems.

Emil considers the migration to Icinga as generally “a big step up from our previous monitoring tools on basically all areas.” And the team is pleased that they’ve never lacked any feature, and everything has been working as intended.

The work of the monitoring team has much improved since. “Because of our investment in automating our Icinga installations, we are now much better at doing consistent, granular and exhaustive monitoring of both our own services as well as our customers. That improves insight.”

They like working with Icinga and consider it as a very solid software suite that “really leaves nothing out”. The benefit for the end-client is the same as for them. They get better insight into their systems as well as higher uptime mainly due to quicker finding and diagnosis of issues.

For the future Binero aims at further developing their service offering as well as keeping a large focus on security and sustainability. They will continue to develop their various Icinga automations to be able to further increase granularity and system insight.

Learn about the basics and essentials of Icinga, and start your own Icinga by following our installation course.

Take a Tour
Get Started 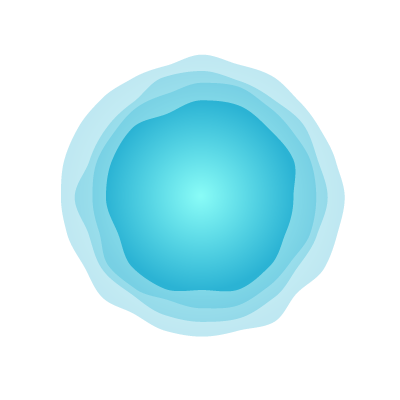