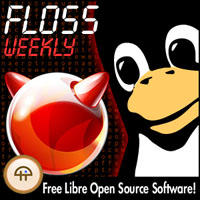 Last Wednesday Bernd gave an interview on Icinga to Randal L. Schwartz from Floss Weekly, a free software/open source theme podcast. Since 2010, Randal is the lead host of this show where he interviews every week influential OS experts from over the world. In this interview, Bernd explained the main differences between Nagios and Icinga as well as the advantages of Icinga 2 over them and its API. Randal and his co-host Guillermo Amaral, asked questions about monitoring in general with Icinga 2, integration with other tools and future prospects.
If you want to know more about it, check out the interview! 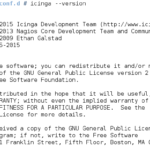 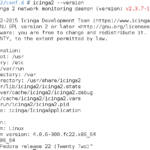 Package updates are available soon, meanwhile check the Changelog below.

While you may have seen a lot of updates in our 2.x development head, Icinga 1.x is still alive and being patched and bug-fixed. Some smaller features have also been incorporated into 1.13.0 so consider upgrading your existing installation.

We recommend to update your installation to 1.13.0 as the features are minimal invasive.
Notable changes and features

Good news for Univention Corporate Server (UCS) users: Icinga is now available in the Univention Application Center for monitoring.
After a few weeks of working with the guys at Univention, we have put together the Icinga app for UCS to offer users an alternative (or addition) to the pre-installed Nagios 3.5.
The Icinga app comes with Icinga 1, Classic UI and the usual plugins, configured and ready to monitor. As it is based on our Debian packages, upgrades will be provided for every major release.
Installation is easy, as it uses the configurations and plugins from any Nagios app that is already running. Once downloaded, the app will automatically install Icinga 1 with the Classic UI and integrate itself into your UCS.
Just be aware that after the initial installation your will have both, Nagios and Icinga 1 running. If you want to use Icinga 1 instead of the shipped Nagios, simply disable the Nagios service.

The open source equivalent of Microsoft’s Small Business Server, UCS is a convenient tool for centralized administration of domains, users and services typical to most networks. It basically ships a server based on Debian, and range of commonly used open source applications which are managed by a central console. Additional applications can be loaded through their application center. Great for users who prefer to get their IT in one standardized package, and shy away from the details of installation and integration.
The Icinga app is easy to test – just download it from Univention and use their free, personal-use license (for up to five users). Don’t forget to check out their demo too.

Following up on our recent Icinga 1.10.2 bug fix release, we have backported patches to older versions and now present 1.8.5 and 1.9.4 for download.
These two new bug fix releases are important for users who allow public access to their Classic UI. In particular they deal with susceptibilities to:

Please note: CVE-2013-7107 was identified and is being addressed with issue #5346. A fix will be integrated into Icinga 1.11. In the meantime, we recommend users with vulnerabilities to manage their user rights accordingly in the Classic UI.
Once again we thank the DTAG Group Information Security for their advice.
For a quick upgrade, keep an eye on our auto-built packages. As always, we welcome your feedback on our development tracker and support channels.

Icinga 1.10.2 is out for download and is our prompt response to potential security issues. In particular, this release is recommended for users who allow public access to their Classic UI.
Aside from this, Icinga 1.10.2 irons out Oracle compiling and upgrading in IDOUtils and adds a few minor config related fixes to the Core. See our change log for more details.
Thanks to all users who have contributed their patches and bug reports, and special kudos goes to DTAG Group Information Security for alerting us to the security threats. Our development tracker is always open and we look forward to receiving your continued feedback.