Meet us in Bangalore in May

In the middle of May we are heading to RootConf in Bangalore. Icinga Co-Founder Bernd Erk will give a talk about “Why favour Icinga over Nagios™”. We know that there are a couple of reasons to do so, but this is a really great opportunity for us to spread Icinga in India. We already know, that there is a huge community over there and during our discussions about the talk, a couple of people mentioned that they are on Icinga 2 for a months now.
In the talk we’ll give a detailed overview about Icinga 2 and will go into the details around performance, scalability and security.
Bernd will be in the city for a couple of days. If you want to meet, please let us know.

CeBIT is still running but we take the time to talk a little bit about Singapore last week. Icinga had the chance to give a keynote at the first day of FOSSASIA and it was really a blast. FOSSASIA happened in Singapore for the first time this year. The conference featured over 100 talks and workshops covering the latest in Free and Open Source Technology projects, including those focussed on the development of Singapore as a smart nation.
On Thursday we gave a workshop at the Hackerspace in Singapore. Built by and for geeks, nerds, inventors, engineers, and entrepreneurs, Hackerspace.SG is the Singapore hacker community’s home, living room and laboratory. There was a nice group of interested people and we played around with our vagrant-setup a tried the latest features in Icinga 2.3. It was really fun! 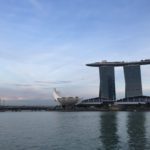 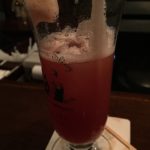 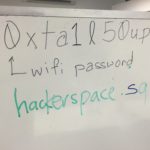 If somebody needs it 🙂 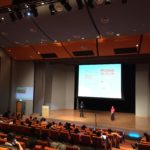 Opening with Hong and Mario 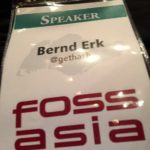 
Our slides are published on SlideShare and listed on our presentation page. Thanks to Hong Phuc Dang, Mario Behling and all the others creating this great conference in Asia. We will be back … if you want!

It’s been a while that we’ve written about new team members, but you may have seen new faces on community events and also names inside the git commits recently. Icinga is a community project after all, but some of us want to do more. Getting access to Icinga’s infrastructure, working on existing tasks and finally tagging a release being proud of your work is enjoyable & fun at once. Contact us if you feel the same!

Carlos Cesario | Core Developer
A sys admin of 8+ years, Carlos’ joins us from Brazil to bring much virtualisation and monitoring experience. The man behind Icinga 2 Vim and Nano syntax highlighting, Carlos has been an avid Icinga user since Icinga 1.2. On board since June 2014.

Johannes Meyer | Icinga Web 2 Developer
Johannes started working on Icinga Web 1.x and is now responsible for Icinga Web 2 development. One of his babies is the Icinga Web 2 Setup Wizard paving the way for all the exciting modules and views he’s also been building. On the team since June 2013.

Matthias Jentsch | Icinga Web 2 Developer
Using the newest web technologies & frameworks, Matthias has proven his expertise in many ways. He’s the main author of NETRP and contributes to Icinga Web 2 development with a love of charts for reporting & auth backend integration. On the team since June 2013.

Alexander Fuhr | Icinga Web 2 Developer
With more than 10 years of web development experience, Alexander knows how to deal with ExtJS in Icinga Web 1.x and LConf. His main contribution area is the all new shiny Icinga Web 2 and its responsiveness. On the team since August 2014.

Valentino Gagliardi | Ansible Role Developer
A freelance system administrator, in love with monitoring and logging, Valentino uses Icinga to monitor hundreds of Linux servers. IT automation fanatic, is responsible for Icinga 2 Ansible role. Onboard since June 2014.

Nick Chappell | Puppet Module Developer
Nick is located in Portland, OR and working as a sysadmin. Icinga is his first open source project and so he was brave and chose a hard one: Nick is the creator and maintainer of the official puppet-icinga2 Puppet module.  Onboard since August 2014.

Bernd Ahlers | Graylog2 Vagrant Maintainer
Bernd is a Graylog developer and is located in Hamburg. During his journey of log processing and connecting monitoring cores like Icinga 2, he recently joined the Icinga team helping in maintaining the Vagrant boxes, specifically the icinga2x-graylog2 demo box. Onboard since October 2014.

Virender Khatri | Chef Cookbook Developer
Virender works as Senior DevOps Engineer at BSB and has 7+ years of experience with AWS, Open Source technologies and automation tooling. He is the lead maintainer of the official Icinga 2 Chef Cookbook paving the way for config management tool intergration. On the team since January 2015.

Tom de Vylder | Puppet Module Developer
Tom is working at Inuits and is an experienced Puppet developerincluding officially approved modules. He’s putting his effort into thePuppet module for Icinga Web 2, but also ensures that the Icinga 2 module passes Q&A and unit tests. On the team since January 2015.

Dirk Götz | RPM Packager & SELinux Master
Dirk is working as Senior Consultant at NETWAYS. His main tasks are monitoring with and around Icinga as well as configuration management with Puppet. He’s an RHCE and helps mastering the Icinga RPMs especially focusing on SELinux. On the team since February 2015.

Every little or big contribution counts – but if there is no time left for Icinga, and other things in life become more important, it’s truly understandable.
You know Jannis as the brain behind Icinga Mobile whilst developing Icinga Web 1.x and its modules. He also kicked off the development of Icinga Web 2 together with Tom. Thank you Jannis for remarkable 5 years making Icinga great! All the best for your future – salute to him on Twitter, if you like 🙂

Last Friday we had our first Icinga Camp in beautiful Barcelona. Thanks to the help of our local Icinga friends from Insomer we where able to start into an amazing Camp year over there in Catalan. The Camp started late, which is not so unusual in Spain 🙂 and i started with a detailed overview of the last developments and a review of 2014. After that Jorge (CEO from our host) gave a talk about their way to monitoring and Icinga. The had a funny video (we didn’t understand it, but it was funny enough to watch) where they documented a big outage during the night.
After a short break Michael took over the stage and gave a detailed talk about all the new things in Icinga 2. Functions, Rules and really hot things are coming up with Icinga 2.3 next week and Michael showed how to deal with them.
Last but not least Eric talked about Icinga web 2. We expect Icinga Web 2 Beta 3 during the next week and the current version worked really great at the live. We where curious about the reaction on our approach for the web service but the audience really liked it. With visitors from all over Spain, Germany, Denmark, Czech Republic and the United States. 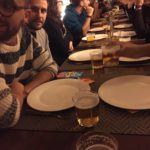 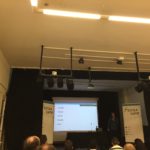 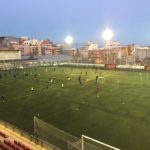 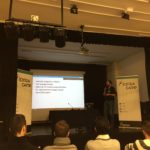 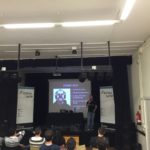 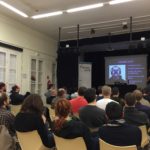 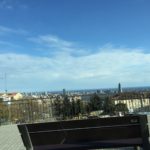 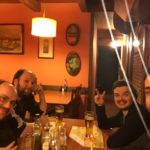 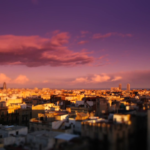 We closed the day in a wonderful Tapas-Bar with lots of food and a couple of Gin & Tonics later on. The cherry on the cake on the Camp was a quote of the taxi driver on the next morning.

There are to many red traffic lights, you have to ignore them.

You can find all the slides in our presentation area and we’ll add more pictures in the next weeks. Thanks Barcelona, we will be back!

As I moved out of the UK and back to Israel, I wondered about the exposure and acceptance of the Icinga product in the IT market in Israel. I knew of a few places that use it – but those are people I introduced to the project or pointed in the direction, It seems that the main tool here is still the age old Nagios (can’t say I am surprised, I started with it myself).
As I am reacquainting myself with the IT and work environment here, I signed up to meetup and looked to see any groups discussing monitoring tools in general or Icinga in any way. I failed to find any, so I decided to establish a meetup that will allow like-minded people to gather and discuss Monitoring utilities, hence the “Monitoring – the Open Source Way” group was set up, with the first talk focusing on Icinga and the innovation of Icinga 2.
Save the date: Sun Oct 26
I was astounded by the sign up rate and the number of RSVP’s – so much so that the venue had to be upgraded.
It seems that we might be on a good start, see you there!

You can still submit your Icinga Camp idea over here, but the first talks are online right now. We are happy that we have a group of team members over there in San Francisco and will focus on Icinga 2 and Icinga Web 2.

If you anything to contribute on Icinga, Configuration Management or just your story with monitoring, please let us know.
And don’t forget to register now!