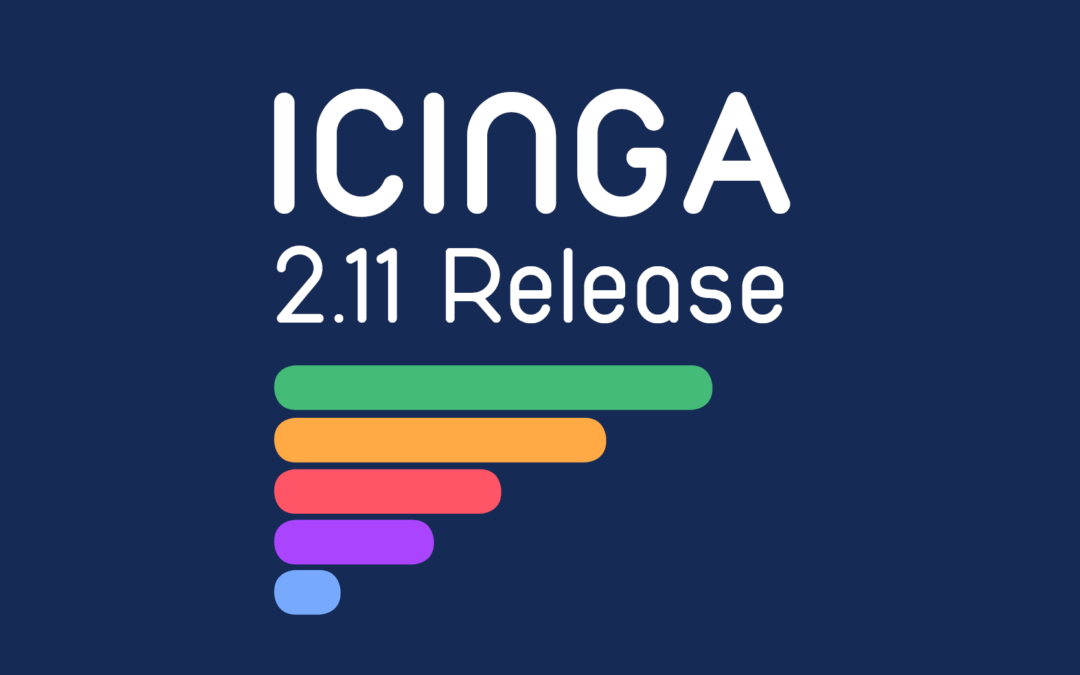 It has been an emotional ride with many changes under the hood. The most obvious change is that Icinga’s distributed cluster operates more stable, the past quirks with hanging certificate signing requests or dead-locked TLS handshakes are now gone. This required us to go an unusual route: Evaluate new libraries and programming techniques in order to replace hand-written lower layered code, with later replacing the entire code base for the network stack operations in Icinga. This is a massive effort in quality and stability where users had called out for 3.0 already.

The core components of Icinga are checks and notifications. Thanks to sponsoring from a customer, Icinga now immediately send notifications after a downtime ends whenever hosts/services are still NOT-OK. Lost notifications during restarts in HA zones also have been tackled and fixed.

In the past years, we’ve seen operation problems with the config sync inside the cluster system. This has been tailored to a more robust deployment with staged syncs as well as preventing unwanted sync loops for comments/downtimes. The local storage for runtime created objects also is more robust. Also, note additional HA capabilities for features like Graphite or Elasticsearch.

We care about security. The setup steps with TLS certificates and signing requests in addition to the trusted zone hierarchy is necessary to keep your monitoring data safe. Icinga can see many details in your environment and must not be compromised. Taking things serious, Icinga 2.11 enforces TLS 1.2 as a minimum and also hardens the available cipher lists by default. Older agent versions still work granted that they support TLS 1.2 (OpenSSL 1.x.y).

Icinga aims to run in small environments as well as large distributed enterprise systems. With the general availability of Debian Buster on Raspberry Pi, Icinga 2.11 is ready for your home lab and IoT setups.

To all the fans of on-demand certificate signing: You’ll get more tooling to manage/revoke satellite and agent certificate requests. A small but nifty addition are environment variables which can be retrieved with the new getenv() DSL function – for sensitive data or getting the path of HOME into your command’s context.

A small but gentle addition is the “all_services” attribute when setting a host in downtime with the REST API. Aside from the more visible fixes, many changes have been applied to improve our code base for the next years and avoid future bugs. This includes more unit tests e.g. for timeperiod ranges or version comparisons in the built-in icinga check.

Coming late to the party, we’ve fixed crashes from Nessus scanners on Linux and following up on Windows. Well, this wasn’t easy – a technical monster to debug and fix. Cheers to our friends Stefan and Philipp in Linz who have helped us to reproduce the issue. The technology now used in Icinga 2.11 proves the rule for scaling monitoring for the next decade.

Icinga uses the well-known Boost library as part of the network stack rewrite, thanks to everyone who contributes to their development. Also we’d like to cordially say thanks to Niels Lohmann for the magic JSON library, and Nemanja Trifunovic for making UTF8 handling in C++ a breeze. And to you, our fellow community contributors!

In the late development stages for 2.11, we’ve also tackled a problem with systemd reloads resulting in a killed process. The only way to prevent this from happening is actually a new feature: A real umbrella process managing the reload signal. Turns out, this implements a long standing feature request for running Icinga in a (Docker) container.

Our community forum with many great users and contributors helping each other raised the bar for the documentation. We are addicted to making the Icinga experience as easy as possible, and for 2.11, we have improved the documentation in many ways: From the basic setup to configuration to distributed environments to service monitoring to features and addons.

This includes a clear cut specification of the plugin API, with best practices from experienced plugin developers. Speaking of development, packagers and future developers are key to Icinga’s success. The development chapter as been overhauled to motivate everyone out there. Those wanting to learn about the design decisions, the technical concepts chapter highlights new bleeding edge insights.