I’m happy to announce that we released Icinga Web 2.6.0 today! The new version comes with new features that give you a better overview, better auditing and of course bug fixes.

The new Icinga Web 2 interface comes with support for audit logs. By default, Icinga Web 2 will log logins and commands run through the web interface. The general functionality of writing audit logs is outsourced to an extra module icingaweb2-module-audit that needs to be installed first. This feature will allow us to create even more events in the audit log in the future. Separate Icinga Web 2 modules can use this functionality easily and extend their logging as well.

Getting a general overview over all hosts or services may sound easier than it actually is. Especially environments with a huge amount of monitored objects know the struggle. We added a new functionality to the host- and servicegroup overview that gives you a different sight on everything that is being monitored. Switching from the default list view to the new grid can make it easier to get a better idea about the current state of your servers and services.
Some smaller improvements allow you to filter the tactical overview. Especially for dashboards this is a very handy feature. Icinga Web 2 detects if it’s not receiving current states anymore. The message to let you know that is now more prominent so you shouldn’t miss it. 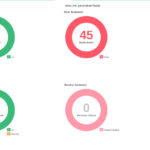 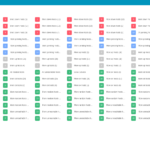 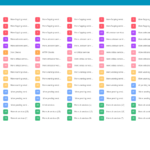 You asked for it, we built it. A while back we added announcements to Icinga Web 2. This feature comes handy when you want to let your coworkers know that something is going to happen. While you had to create those announcements on the web interface, now you can use the REST API to do that in an automated manner. The Icinga Web 2 API is easy to use and considers permissions of users.

We updated the translations for Italian and German with help from our amazing community. Thank you!

We added support for PHP v7.2 and finally removed support for PHP 5.6 which we deprecated in earlier versions. Icinga Web 2 now supports SQLite as resource in addition to MySQL and PostgreSQL. Even though we will remain with MySQL and PostgreSQL for our databases, this feature is meant to allow developers of modules to store their data easier.
Developers of Icinga Web 2 modules can now hook into the rendering of the plugin output. Even though we’re currently not using it in our official module, we expect to see many emojis, kitties and unicorns in community driven projects.

Packages for Debian, Ubuntu, RHEL/CentOS and SUSE are already available, find our repositories on icinga.com/download
We updated our demo environment already so you can get a quick overview on icinga.com/demo