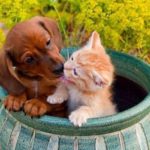 We keep working together as an open source community. We’re here to listen what you say – keep it polite and encourage/motivateÂ us to solve your problem with you as best as we can. Lean back and think how others would react if you click “send”, frustrated with an issue tab opened in your browser. Sometimes it doesn’t hurt to just close the tab or rephrase. The person on the other end (dev and/or user) will appreciate it. In the end we all are human beings with emotions, language & culture differences and offline needs (friends, family, hobbies, etc.). What we have in common – we all want to build a great Icinga monitoring product together 🙂
Bernd did a great ignite on that topic with “Working in and with Open Source Communities” at DevOpsDays AmsterdamÂ (video starts at 17:35).

@dnsmichi I don't code and docs are a topic that's usually lacking contributions, so….

Icinga2, I'm slowly but surely starting to like you 😉 @icinga #icinga #work #geek

@union_io icinga2 – the expressiveness of the configuraition and builtin HA, distributed monitoring is great!

The IDO database got a monster improvement with 2.5 for config dumps – the initial one is big, the rest is incremental based on only a diff of changes. Glad that community members helped out with testing and providing successful feedback 🙂

… and direct feedback from this huge environment now running v2.5.3: 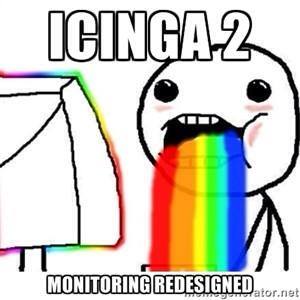 We were mitigating an issue with clients being disconnected when another client fails. This happens during an SSL handshake and isn’t really fun to debug. Although we found a fix – clear the OpenSSL error queue before doing any SSL actions.
Glad that our community helps with tests and appreciates hard development work 🙂

#12309
Thanks michi. You guys are awesome. 🙂 Feel free and close this ticket plz

Also for having >2 endpoints in a zone, there is a workaround while we’re investigating on a fix. Nice to see this being appreciated as well.

Monitoring Portal
Anyway, you guys are doing a great job! Keep this up!

@icinga can't wait to go through https://t.co/pAHmO12Rcg – scenario based setups are a great addition!

German Icinga 2 ebook … the English version is to be written and published, still waiting.

So many retweets and appreciation on all social media channels for Icinga 2 v2.5.

.@icinga 2 v2.5 has been released, featuring @InfluxDB integration thanks to the one and only @spjmurray! https://t.co/6F2KvLl6j0

Ok, I admit it – some of us love animated GIFs. A picture says more than a thousand words 😉

I guess we just were going crazy with fixing bugs …

… and somehow release and sprint plans changed. Holy f… another bug?Â Screw it, we’ll release yet another fixed version v2.5.4.

when goals change arbitrarily halfway through a sprint pic.twitter.com/k8SC1hUhtN

… still, developers, users, colleagues – we work and party together. And sometimes have crazy ideas. Maybe that shirt will make it into the Icinga shop? 😉

Many things happened in August – are you ready for September? Icinga Camp Belgrade on the 24th of September is waiting for you 🙂
PS: If you haven’t done so already, join us inÂ Stockholm and/or San Diego too. And we hack, talk, party together …. 🙂