Time flies with new features and ideas. Inspired by our beloved community, designed with dedication for the best free and open source monitoring solution out there. Last year was already pushing the motivation and spirit to the next level. The 7th year Icinga added again the icing on the cake. 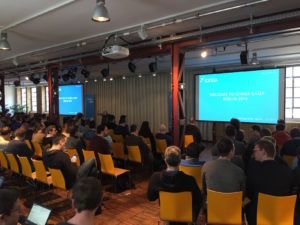 Getting together at Icinga Camps and presenting the latest awesome stuff, chatting and discussing new ideas with community members or just hanging out together is just awesome. Kuala Lumpur, Portland, San Francisco and Berlin were a huge success and overwhelming. We’ve also uploaded the talks from Berlin onto our Youtube channel. And as every year – Icinga at OSMC including a great hackathon. Our next Icinga Camp will take place in Amsterdam on 28th of June 2016, save the date!.
We’ve seen a lot of activity on our community channels over the past year, most recently over at monitoring-portal.org but also the mailing lists, IRC and on social media (>4000 followers on twitter, yay!). It is always a pleasure to see community members helping each other and making Icinga a great platform 🙂
Oh, and if you ever wanted an Icinga sticker or a hoodie, just get one in our Icinga shop. Eric is still not included 😉

Icinga is an open source project which does not and cannot provide enterprise grade support or training on its own. We are aware of companies all over the world providing support and also trainings for Icinga. Over the past years Icinga became more popular and users kept asking for enterprise support. We’ve therefore established a partner program helping you find professional support for Icinga all over the world. 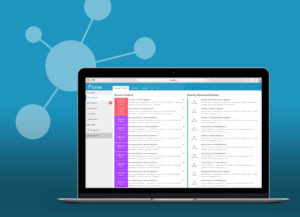 API, API, API – and here we are. The Icinga 2 v2.4 release also added a new Graphite schema paving the way for the Icinga Web 2 module and Grafana with better templates and dashboards. The previous “demo for Portland only” Dashing for Icinga 2 also attracted many users and we’re going to add new community contributed features over there. The v2.4.5 release also added a new Windows installer package as well as x64 packages.

The first stable release 2.0.0 reached your systems out right before our Icinga Camp in Portland. It did not stop there – at the time of writing the developers are already working on their v2.4.0 release. The current v2.3.2 release ensures stable interfaces for the official Icinga Web 2 modules. PNP and Graphite for graph integration, NagVis for map visualisation, Business Processes and GenericTTS for ticket system integration – more to come soon. 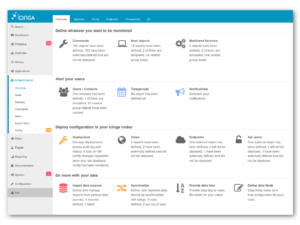 A configuration frontend for Icinga 2 and a tool fully flexing your automated deployments – one thing modern sysadmins will dream of. Now it has become reality with the first Icinga Director 1.0.0 release.

The Puppet module developers are receiving a lot of community feedback and patches working on their very first 1.0.0 release. The idea is to get this module approved by Puppet amongst providing an official Puppet module for Icinga 2 and Icinga Web 2 ourselves.
In terms of Ansible, Valentino is going strong with the roles and there’s probably coming a dedicated module talking to the Icinga 2 API. Check the community channels for further discussions on that. On the Chef side of life, Virender is putting the cookbook into shape and constantly releasing new versions helping your monitoring automation stack. We do not have one for Salt, if you want to provide and maintain an official one, please get in touch.
Jordan who is working at Adobe recently joined the Icinga team to work on the Icinga 2 Docker container. There are also native packages for Alpine Linux available which is a common base distribution for your own Docker images. The Vagrant boxes have been overhauled as well, especially the Icinga 2 box which now provides Graphite/Grafana, Dashing and all Icinga Web 2 modules including the new Icinga Director. A great place for demos and tests getting you started within minutes. 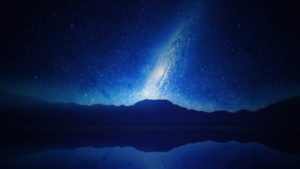 While working on bug fixes increasing the stability of Icinga 2, we’re also looking into releasing community contributed features such as the InfluxdbWriter feature, SSL support for the IdoMysqlConnection feature and TimePeriod excludes. The Icinga Web 2 development focuses on stability and new modules on their way (Graphite, Elasticsearch, etc.).
Tom is working hard on the next Icinga Director 1.1.0 release which includes numerous bugfixes but also new features sponsored by a partner customer. Help test and install the latest Git master.
Module developers will keep pushing their work into stable releases and hopefully more awesome stuff to come. Heike is working on the Icinga documentation bits and ensures that working with Icinga is a breeze (extended white papers and use cases, better getting started guides, etc.). Her first contribution was an article on creating your very own Icinga book. We are also excited about to the first Icinga 2 book in German scheduled for later this year.
We are looking forward to meet you on our community events. If you want to spread the love for Icinga, submit a talk or let us know about your presentation at an event.
Thanks for using Icinga and help making it awesome! 🙂