From FOSDEM to CfgMgmtCamp and beyond

Icinga team members are spread all around the globe, and so are the events we’re attending or organizing 🙂
We’ve never been to FOSDEM, so it was really nice to catch up with community members and speakers knowing Icinga very well, as well as talking about the hot stuff with Icinga 2 and Icinga Web 2. Bruxelles & Waffels, Gin & Beer, and also meeting with the Inuits guys talking Puppet.
FOSDEM took place on Saturday & Sunday where we mostly attended the configuration management dev room, next to distributions (systemd, etc) and visiting the booths. Numbers said 3000 to 5000 users, and certain rooms were just full any time – FOSDEM was renamed to “Fulldem” on Twitter. Sunday evening we joined the ForemanÂ developers andÂ contributors for dinner, moving to Ghent afterwards.

With nearlyÂ ~500 registered usersÂ CfgMgmtCampÂ has aÂ full house, kicked off byÂ the keynote byÂ Mitchell Hashimoto (creator of Vagrant), providing a vision where configuration management will head. Next up was a panel on the future of configuration management with the brains behind Chef, Ansible, Saltstack and Puppet – awesome! We were moving further into the Foreman track with Katello as content life-cycle management system, and a nifty talk on how to deploy CoreOS with Foreman.
Last but not least – James Turnbull on Monitoring Sucks. While certain aspects are definitely true such as using the configuration management tool to discover and register services, we do not agree onÂ a bad monolithic model behind Icinga 2.
Second day started with a great talk by Jez Humble from Chef on Lean Configuration Management. Next up: Writing Foreman plugins, using autodiscovery and even further – there certainly were many tracks and talks to choose from, Puppet, Ansible, Chef, Salt, Juju, Foreman, … and the ones who discovered the already developed modules for integrating Icinga2 with Puppet, Ansible & Chef doing their home exercises already (have aÂ Saltstack recipe? Contact us!).
Afterall, CfgMgmtCamp was an awesome event – big thank you to the organizers! #cfgmgmtcampÂ – see you 2016 🙂
PS: Keep monitoring all the things! 😉 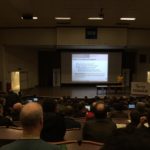 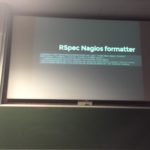 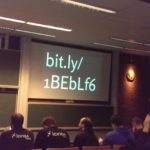 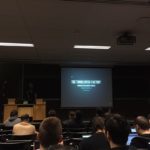 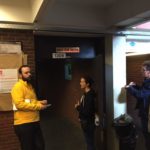 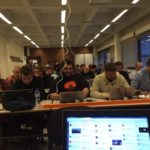 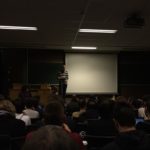 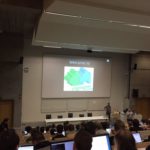 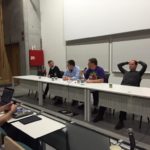 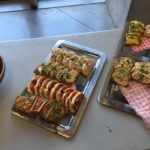 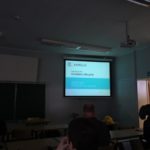 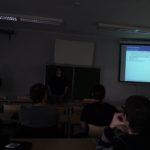 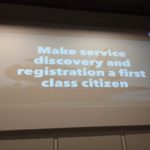 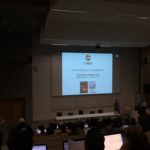 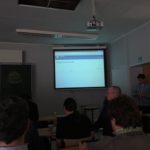 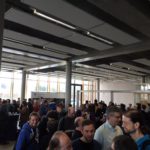 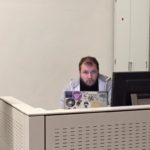